Ghanaat, Y. "Failure modes approach to safety evaluation of dams," in Proceedings of the 13th World Conference on earthquake engineering, 2004.

Londe, P. "Analysis of the stability of rock slopes," Quarterly Journal of Engineering Geology and Hydrogeology, 6 (1973): 93-124.

Stucky, L. "Stability of dam abutment including seismic loading," presented at the Tenth Benchmark Workshop on Numerical Analysis of Dams, 2011.

This work is licensed under a Creative Commons Attribution 4.0 International License.
x
Message
About The Authors

It is a great honor for the Civil Engineering Journal to be indexed in Web of Science (ISI).

It is a great honor for the Civil Engineering Journal to be accepted for inclusion in Scopus.

Every published material will be provided with DOI and will remain the permanent link of that article.

Civil Engineering Journal is now the member of Committee on Publication Ethics (COPE). 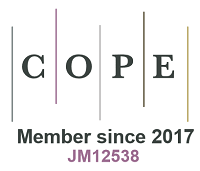 Civil Engineering Journal is an open access journal, so articles are freely available to the readers.